Our Crowdfunding Campaign is Officially Live NOW until 20th December 2022!

Don’t send another email, post on social media, write contracts, create graphics, or send another invoice before reading this page:

For just $6 per hour you can scale your business, and work just 3 hours per day, focusing only on the things you love! 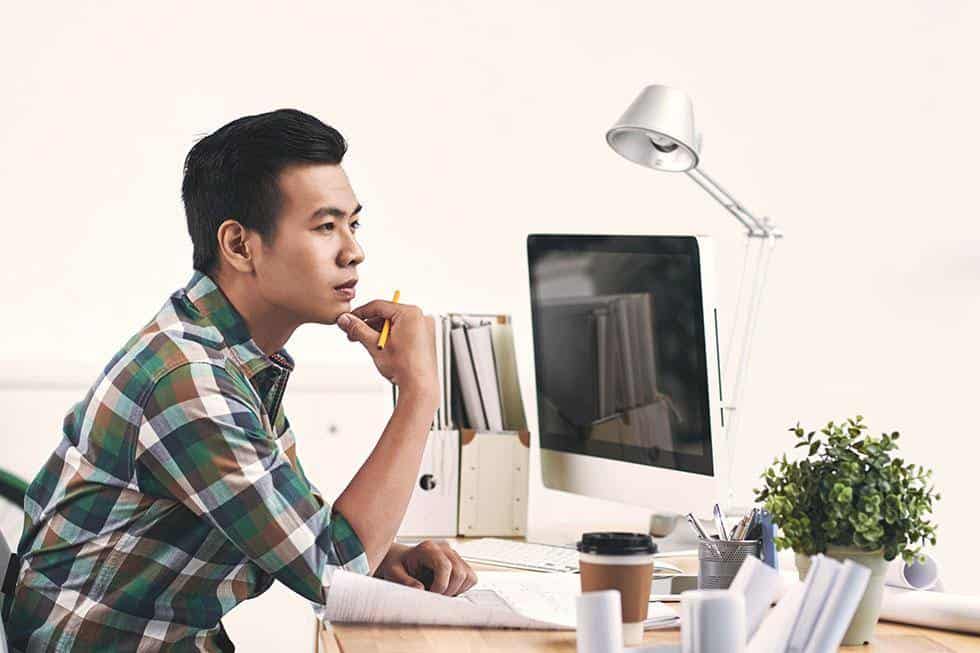 I’ve been where you are right now…

A couple years ago, I was sent a message on facebook by a lovely lady called Imogen.

I was doing well in my coaching business, but I was working 14-hour days, and never really got around to the big things that could really drive my business forward.

Imogen explained to me that I could get some assistance from professionals in the Philippines.

She told me all about it…

Imogen was very helpful, and very persuasive, and it was fair to say I was intrigued!

We decided to get on a phone call to talk about it further.

First thing I said was: “Surly people will know I am outsourcing my work; especially if it’s to people in the Philippines!”

Then what she said shocked me:

Straight away I realised that this was the first time I had actually spoken to Imogen. The conversation I had via messenger had been Imogen’s Filipino virtual assistant called Alvie.

I was sold! I hired a lovely lady called Bonne for just $6 an hour, and thought I would give it ago.

It was here were I was able to start focusing on only the things I enjoyed doing, like coaching people, creating content, and travelling.

.. and even with working just 2-3 hours a day, I was still managing to close a new sale pretty much every day (something that I was lucky to be able to squeeze in once per week before!)

My business started to take off almost immediately, and my energy levels were through the roof too!

Fast forward a few years and my first VA Bonne is still with me! She now runs my team of 8 people, and works as a project manager!

I genuinely mean this hand on heart when I can say she is without a doubt the best investment I ever made in my business! 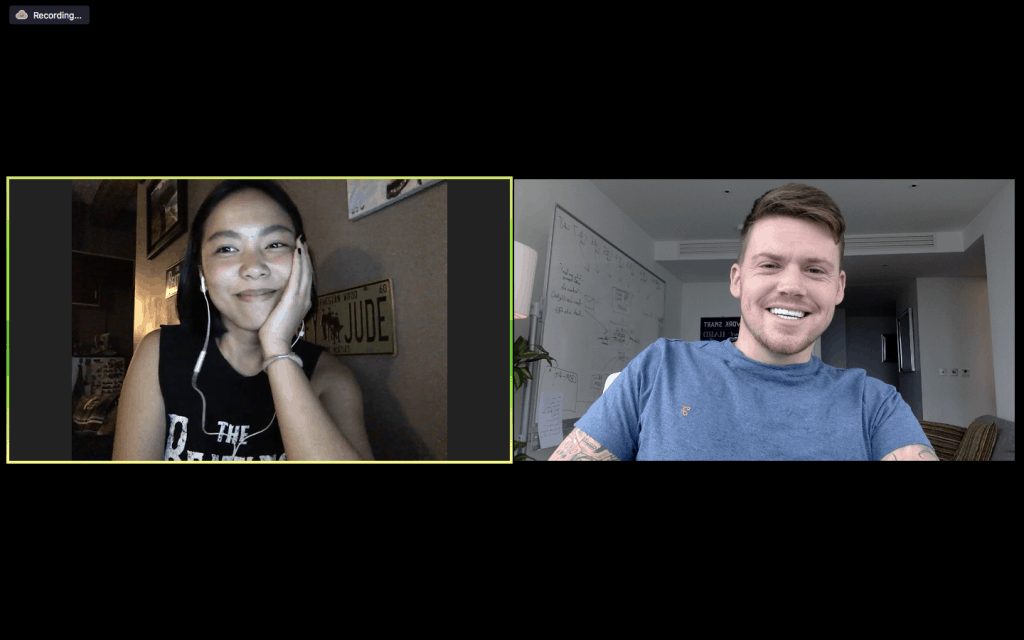 A VA is a Virtual Assistant. Very simply, an online assistant. No different to a PA, yet they support you online, from anywhere in the world!

What kind of tasks can a VA help with?

You will be amazed at the talent of our Virtual Assistants! We have sourced our clients some VA’s with website programming skills, graphic design, and complex digital marketing knowledge.

However, a general VA can cover most online tasks, extremely quickly and effectively!

Why Virtual Assistance is essential!

Virtual assistance is essential If you want to grow your online business, as you must leverage other people’s time, knowledge and skills if you want to achieve fast growth.

We help online entrepreneurs and coaches find and work with extraordinary talent.

This is often the first step to building a reliable support team and letting go of some of the many ‘low value’ business tasks you are doing today which are blocking your business acceleration and success. 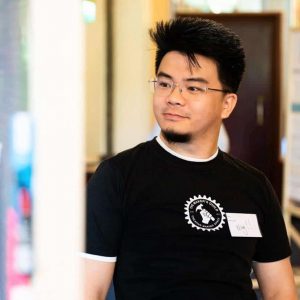 Lewis has built a community of people to help each other. Those who are engaging and supporting others within the Community are brilliant. In ways that because everyone does things slightly differently, no one person dominates others in how things should be done. Knowing that there is a wider community of people pushing each other to do more and be more is priceless.

“From the moment I met Lewis in mid-2017 I knew he was different, he had a lot of depth of experience; from his insightful approach to asking questions, not being scared to push for the tough answers, to his authentic, friendly warm style makes him a superb coach and mentor.

I have met Lewis a number of times now over the months, and each of these interactions leaves me feeling more motivated, my mindset unlocked and I have been able to tackle some tough road blocks in my life that were holding me back.

Lewis is a valuable friend, and business associate that I am so pleased to have in my life… Joanne” 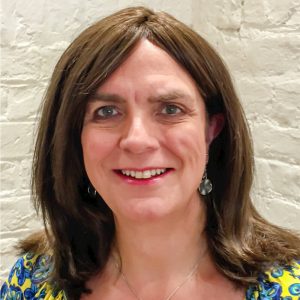 How Much Does It Cost?

Well, English Assistants would usually charge around $30 an hour

Our placement policy is a minimum of 80 hours per month. This is to ensure your VA is committed to working with you and growing with the business, rather than doing one-off tasks. Our VA’s are a real long-term asset to you and your business.

To be fair, if you are able to get the to-do-list done and spend time closing more business, it would likely still be worth $2,400!

…and even if it allowed you to work just 3 hours a day spending only time on the things you loved to do, rather than felt obligated to do… it would still be worth $2,400, right?

Luckily for you, the Philippines are an extremely cost-effective solution, and they won’t even charge you half of $2,400!

For 80 hours per month (20 hours per week) of high quality, talented Virtual Assistance we charge just:

With those extra 10 hours a day, I’m sure you could rummage up a sale to justify that expense?

I now run multiple 6 figure businesses, and I can choose to work as much or as little as I want.

…and that is the power of outsourcing, delegating and utilizing the internet to find amazing support in the form of virtual assistance! 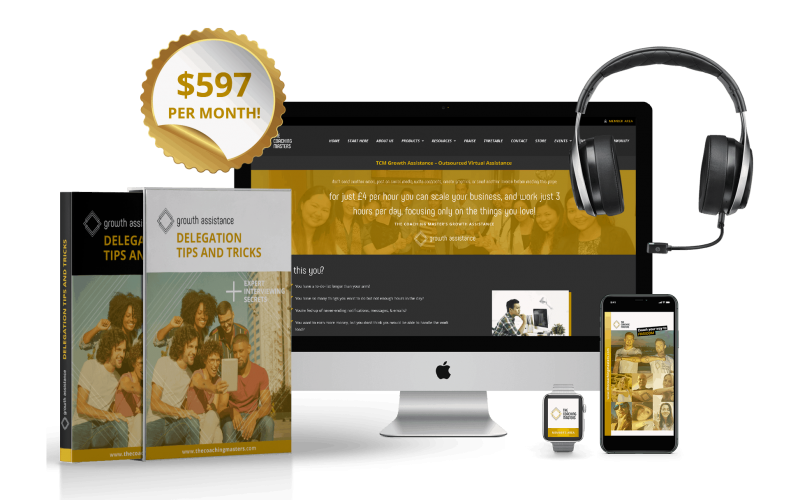 No contract. No extra fees. No minimum commitment.

What else do you get?

Our Goal Is to Give You the Best Support for Your Business by Offering a DONE-FOR-YOU Virtual Assistant Programme:

Only 1 in around 200 candidates

Passes our screening process! We find you the absolute best Virtual Assistants available from the Philippines.

Advice and hands-on assistance with systems that help you effectively manage and pay your Virtual Assistant.

Pulse checks’ during the first 4 weeks

Of working together. We will assist you with any help you may need with your new VA.

If you’re not happy with your chosen Virtual Assistant for any reason we will replace them at no additional cost.

To help you with interviewing your carefully selected Virtual Assistant candidates.

100 tasks you can Delegate to your Virtual Assistant

How to give clear instructions and get the result you want!

How to Futureproof a Successful long-term working Relationship with your Virtual Assistant. 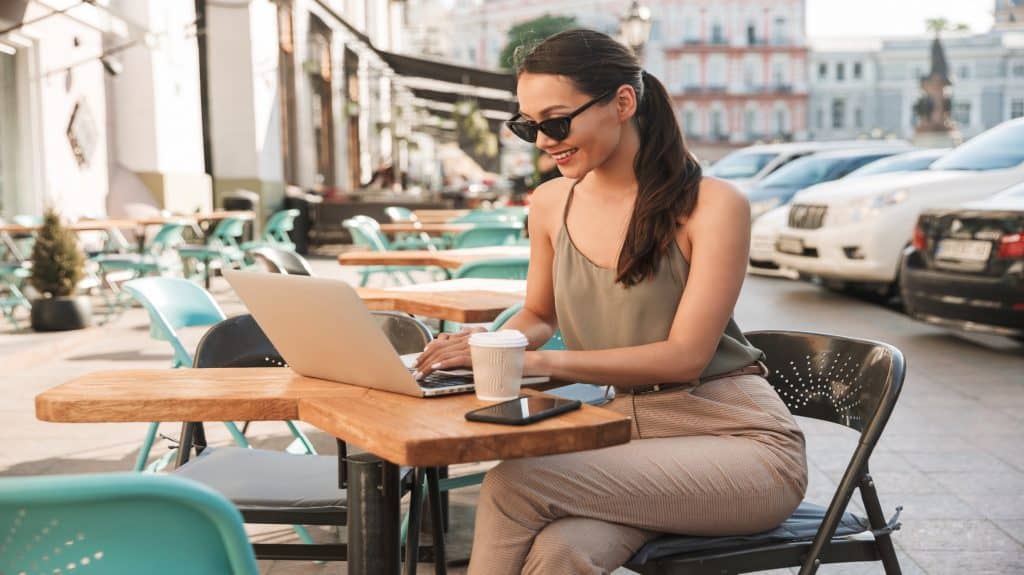 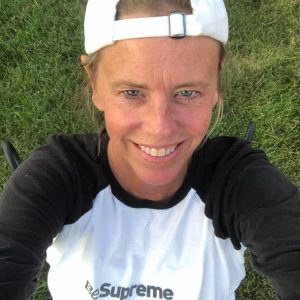 I freaking increased my business, relationships and more in 3 months! And now by another 50+ percent! Lewis’ mindset coaching WORKS!!! Take action. Trust me. My goal when I started was 100 meals a week. I’m now maintaining 450 AND I raised prices!!!!

The Coaching Masters has helped me unlock my potential both personally and with my business aspirations.

The coaching I received has made me realise there’s no limit to where I can go with my business and I look forward to working with them again and again.” 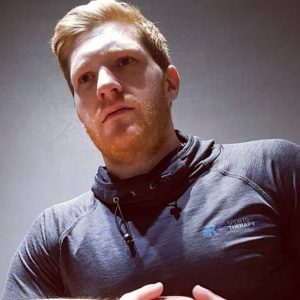 Here’s how it will work… 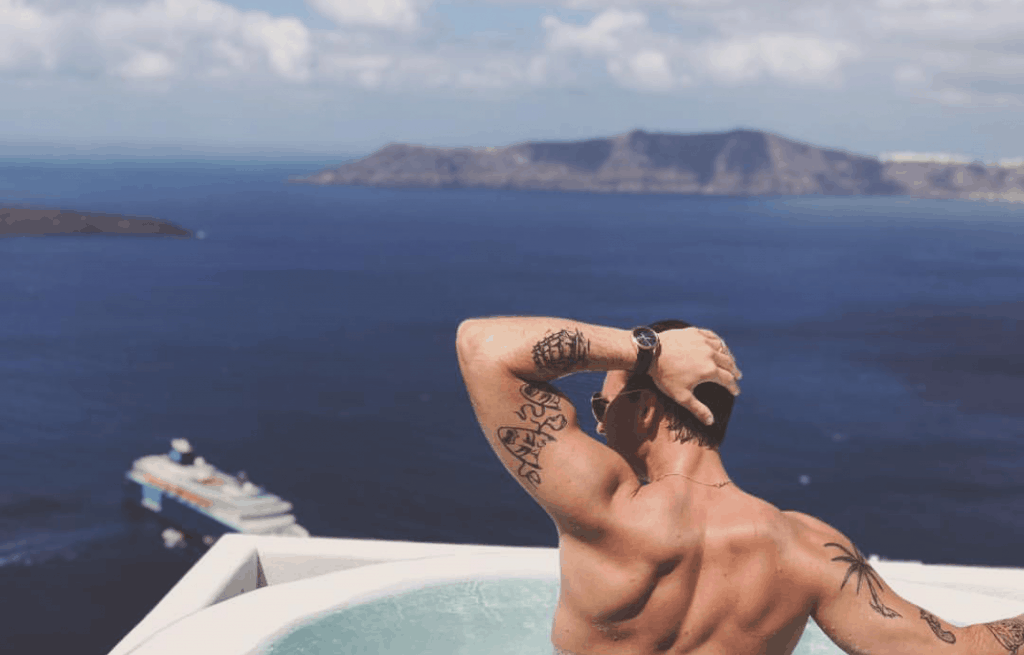 You have to let go to grow

That’s the reality, you have to let go to grow. It’s impossible to do everything on your own.

Do you think Richard Branson, Steve Jobs or Bill Gates rushed around like headless chickens sending invoices and telling themselves “they can do it all on their own”, or “nobody else can do it better than me”?

Of course, they didn’t.

Smart entrepreneurs understand the power of focusing on their zone of genius, and passing everything else off to a team of people that can support them to do more of what they love, and are good at.

But the alternative is to waste more time, and that’s something we can’t really put a price tag on.

Especially when that time is being wasted on tasks that don’t grow your business and earn your more money.

If you invest in your business, and free up your time, you’ll very quickly realise it will be the best investment you ever make. 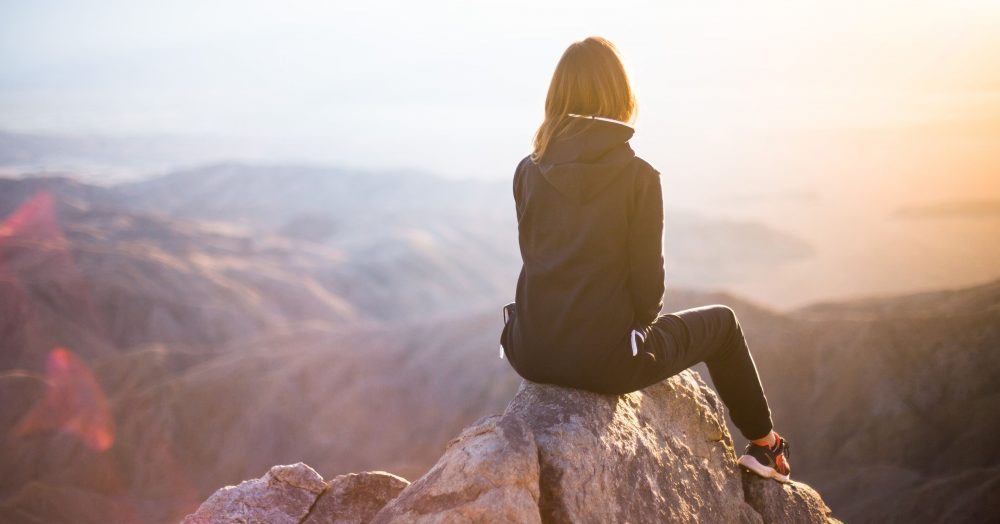 “I have been so pleased with the work of my VA Liza, it has made such a difference to my business. Liza has created and organised systems to manage the work-flow in my business and is able to work confidently on her own initiative. Liza often shares information that she has found regarding social media and marketing and has been able to come up with ideas proactively. She has been able to create pages on websites and update information, designing these herself with little guidance.

I can sometimes have a chaotic approach and Liza has bought calm and organisation to my businesses. She is able to work quickly and efficiently and has been a real asset to me, Liza has quickly generated infographics and advertising material on social media that would have taken me ages!. Liza has a great work ethic and will chase me up when needed to make sure the business runs smoothly, she is able to identify with clients needs and wants and change her style of communication to suit for the different businesses.

Liza has a really systematic approach to her work and having this organisation has considerably reduced the overwhelm I was feeling, she has come up with more efficient ways of running things, saving me time.

Having a VA has made such a difference to my business and has enabled me to move from working in the business to working on the business, a point where so many entrepreneurs get stuck! I now feel able to grow my businesses and have time with my children and can’t thank Liza enough for all she has done.”

What if I don’t have enough tasks to give my VA?

There are always enough tasks, it’s just you’re currently doing too much! By actually having a paid VA, it gives you a bit of a kick up the bum that you need to actually start delegating effectively. Just have a look at your to-do-list now and tell me there isn’t enough tasks to give to a VA for 20 hours per week? No chance.

Can I trust my VA?

The VA is very appreciative to be able to work with you. They will do anything they can to continue working with you, so will keep your information strictly confidential at all times.

I feel bad for paying someone so little!

It’s only ‘little’ compared to you. It’s a very respectable wage in the Philippines. Countries like Switzerland get paid 2-3 times what US and other parts of Europe get paid, that doesn’t mean we get paid a small amount – it’s all relative to the costs of living and the country’s economy.

What if I don’t like working with my VA?

You can simply go back to the interview process and find another one!

Will I have to train my VA?

Yes, but it doesn’t need be like school. Simply get them on a video call, share your screen (we can show you how to do this if you don’t know) and show them exactly what you would do. Then, you only need to do it once to show them, and then they will be able to take care of it moving forward!