Of Course You Can 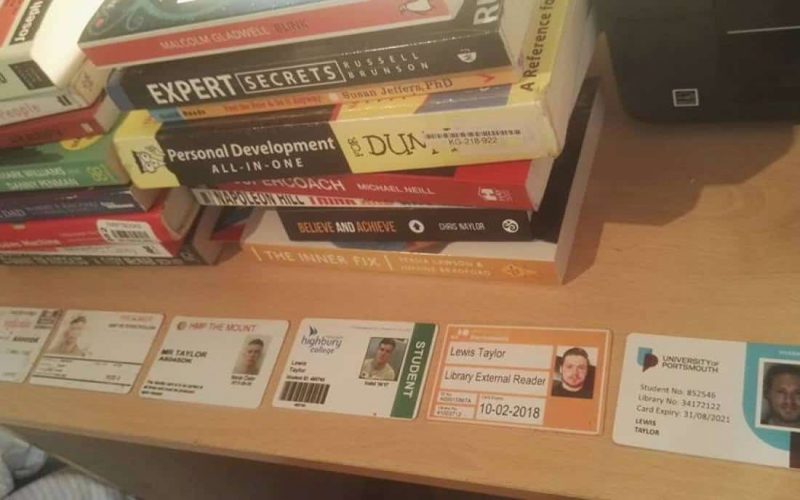 A few years ago I was serving time in prison.

I decided to do some basic Math & English qualifications, as they pay you £10 a week and I fancied some money for a couple packs of noodles and some tea bags.

I was expelled from school at 15 and left with no GCSEs.

There was no reason why this was going to be any different.

At first, I didn’t allow myself to learn anything. I would get angry and say, “I’m not doing this shit”.

I actually thought I was angry at the work itself, somehow.

I’d leave the class, screw the paper up and refuse to do anything.

One day, my Tutor, Suzie, sat down next to me and asked me what was the matter.

Nobody had ever asked me that before and for the first time, I started to speak and what came out of my mouth amazed me! “I just don’t understand”, I said.

She comforted me and what I realised was I was just angry at myself for not understanding.

I put so much pressure on myself to understand everything, that when I didn’t, I felt like an idiot.

I was scared that people would know I was stupid.

Suzie continued to support me for around 6 months and once I had passed my basic Math and English qualifications, I hesitantly asked her, “Do you think I could go to university?”.

To this day, I remember the certainty and conviction of her voice when she looked me straight in the eyes and said “Of course you can!”.

I actually feel quite emotional thinking about that, because as soppy as it sounds, that one simple comment changed my life forever.

I left that prison with a goal and the confidence to go and make it a reality.

I started to study.

Every time I felt uncomfortable or angry, I pushed past it.

I knew why I felt that way now, so it was okay. I could now respond to my emotions, rather than react to them.

I had started to overcome my mental obstacles, but there were still other obstacles in my way.

I needed to prove that even though I had an extensive criminal record, that I was still worthy of my place.

I continued to study; study hard.

I even went to community centres to learn. Searching all night online, taking in information from everywhere.

I realised I loved to learn.

Do you know what?

Because I had the hunger to succeed and the confidence in myself to take action, I started to learn quickly, too.

I eventually got to college.

Already not bad for someone who left school over a decade ago with no qualifications.

Now, I don’t say this to boast…

I left college with a Distinction and actually the highest marks in the college.

And, I’ve now been asked to come back into the college and do a talk to the students on how I was able to achieve my results.

I got offered a place!

I’m now starting my Degree in 3 weeks time and I have never felt such an immense sense of pride.

Not bad for someone who was scared of everyone thinking he was stupid.

Actually, by not trying, not pushing myself and not allowing myself to go after the things I wanted in life…

That, was what was stupid.

So, my questions to you:

What goals could you set?

What could you learn?

What could you achieve?

….and if you’re wondering if you can do it?

Of course you can!

Listen To The Latest Ep. Now
PrevPreviousAre You Trying To Achieving Someone Else’s Goal
NextMy Iphone Ruins My LifeNext
About Us