How To Understand The Real Definition Of Coaching 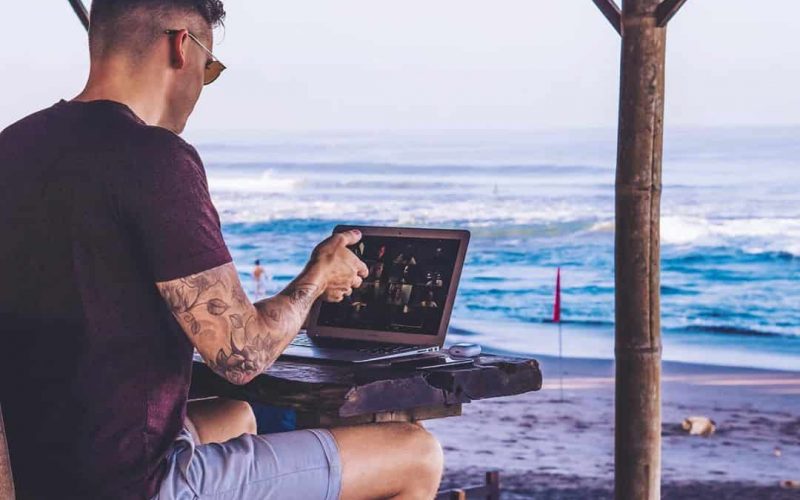 What is the REAL definition of coaching?

You would be amazed at how many people don’t actually know what Coaching is!

Coaching is a growing industry, it’s growing 14% every year, it’s a $2 billion industry…

Yet shockingly, even many coaches don’t know what it is.

And we get that, we understand why so many people might struggle with the real definition

So let’s break it down…

Coaching really comes from helping people, but of course we want to give you a little bit more clarity around that

Lets start with the misconception around coaching

Which is where people mostly go wrong

And often they reply, “What do you mean? You help people get clients?”

And I say, “Actually we do have a course that does that. But what we really do is we help train coaches in the first place.”

And they’re like, “What? How to build their business?

And I reply “You know, the actual coaching tools, the frameworks, the techniques, the models to actually coach somebody.”

They say “What would you mean?”

And I have to describe it “You know, breaking down limiting beliefs, shifting perspective, building confidence, the actual models that you take people through when you’re coaching somebody.”

And they’re like, “Oh, I’ve never done any of that. I just learnt a lot about it I share it with my clients”

And there’s a big part of us. That’s like, “Yeah, that’s awesome. Use your personal experience, use your talents.”

But at the same time, you want to be complimenting them with the power of coaching. Otherwise you’re missing a trick.

You may have given some great information across, but it’s possible it’s not resonating with your audience.

They’re not becoming empowered. They’re not taking the ownership over those changes within their lives

And it’s just simply information that doesn’t get used.

So part of Coaching is to compliment that real life experience with these Powerful tools, techniques, frameworks, exercises and questions, to be able to maximize your Coaching

And THIS is what people don’t get

The biggest thing here between the misconception of coaching and what coaching really is.

If you consult and give advice and share experiences, it’s helpful, but not as helpful is if a client has an epiphany and they know exactly what to do, they take ownership.

They realize that it’s something that they’ve figured out for themselves.

They’re empowered, they’re motivated and they go out and actually do it.

Because if you tell somebody to do something they’re already on a back foot, they don’t want to do it.

If they are a coach who doesn’t understand the power of true coaching.

Because if they tell somebody what to do,

It’s never going to be as empowering as somebody who uncovers the answer for themselves.

And that’s why coaching is so powerful.

And that is why it’s one of the fastest growing industries in the world.

Because when you learn particular questions, techniques methods, you can facilitate that within another person and you don’t need to know anything about them.

You don’t need to have any kind of level of expertise.

You don’t need to know anything about their personal history.

You don’t need to be able to give them good advice.

You don’t need to be able to guide them.

You don’t need to be able to teach them,

You don’t need to be able to mentor them.

You ONLY need to be able to facilitate those powerful realizations.

You’ve not given them the realization. You don’t even know what their realization is going to be. It’s not like you’re mentoring them.

And you’re thinking ‘Right, what I’m going to do is I’m trying to get them to this realization.’

There might be an element of that in the back of your mind, but really the realizations that your clients have, those light bulb moments.

A lot of the time, you can’t predict what those things are going to be.

You’ve just facilitated the possibility of that happening.

And then when it does happen, then they feel compelled to take action.

But because of the empowerment that they’ve got, they feel empowered because they are the one that came up with the answer.

But actually they’re not coaching nor do they know what coaching really is!

One of the reasons why we started working together in the first place, was because when we first met, I [Liam] had part A and you [Lewis] had part B

I was qualifying people as coaches and teaching the tools, techniques and frameworks

And Lewis was helping those coaches grow their businesses

When we combined our skills and our knowledge, it was the perfect combination.

It’s almost like the majority of people start to figure out part B, how to get some clients, how to put themselves out there, how to build up their profile

But they’re confused about part A, the actual Coaching, the tools, techniques, methods,

The things that we have become famous for at The Coaching Masters for teaching people,

And without that, you can only go so far because you’re going to be solely reliant on handing over your experience, which is valuable, but there’s a limit so that,

You want to be able to hand over your experience whilst at the same time, taking people through techniques and methods that help them come to their own realizations that you couldn’t havent given them.

And that’s where you’ve got a long, healthy future as a coach,

The Coaching industry as a whole and Coaching as an idea, as a form of being able to help people is very new.

Compared to other types of therapies or other industries, it’s extremely new.

And because of that, the definition is up for discussion.

I wouldn’t go as far as to say that there is one definition.

Oxford dictionary, which we use in the UK, doesn’t even have it.

They think it’s either a bus or a sports coach.

They get called that, but they are more of a mentor and a teacher really they, they’re sort of just handing over their past experience saying, this is what worked for me.

Out of those two Oxford English dictionary definitions, the bus or the sports coach,

The classic Coaching that we know of, is in fact, more like the bus!

Because you’re taking people from A to B

That’s the whole intention of coaching

Coaching is asking challenging and thought provoking questions that allows the client to uncover the answer for themselves.

But what is a Coaching Master you might ask…

A Coaching Master is somebody that does absolutely everything they can to help their clients.

They may start off using the coaching tools to empower the individual and allow them to uncover the answer if it’s available to them.

If they have to clap dance, sing, you know, crack a joke, do whatever they need to do in order to add value to that person’s life.

For example, if they’ve got a great relatable story that they can share that might bring some sort of level of clarity to their client, why would they not share that?

They just make sure they’re using every tool in their toolkit, before just going straight in with a chat that they would have with their mate down the pub

Anyone can give a bit of advice…

But not just anyone can properly Coach their clients using powerful questions, tools, techniques and methods

Which get them life changing realisations and transformations

Only a true Coaching master can do that!

This was taken directly from – The Coaching Masters Podcast – If you would like to hear the full episode where we dive deeper into the topic of ‘The Real Definition Of Coaching‘ – Click here to listen now!

How To Help Your Clients Feel Happy!

How To Motivate Your Clients

Listen To The Latest Ep. Now
PrevPreviousHow To Aquire The Habit Of Happiness
NextHow to decide that life is always happening FOR youNext