How To Run Your Own Retreats As A Coach 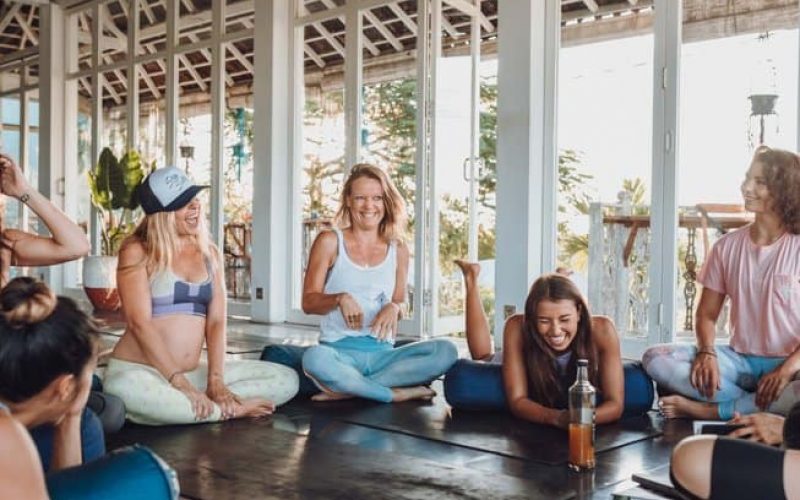 We’ve never actually run our own retreats here at The Coaching Masters.

But we have got it planned for March 2021

It’s going to be absolutely insane!

This may sound kind of hypocritical, but we are convinced it will be the easiest thing to sell.

Most people think it’s the hardest.

“Oh my God doing business in a different country, wow, it’s going to be so expensive. So it would have to be so amazing”

They feel overwhelmed with fear and worry

If you take someone for a week in Bali, you could literally just chat with them for a week and they’re still going to have a great time. Because they’re in Bali!

You bring a masseuse one day, you bring a yoga trainer the other day and you deliver some training / workshops on another day

You bring some great people together that ended up having a great experience and connection with each other, sharing emotions.

It’s possible all you did was call up a couple of your mates, put some food on and rented out an Airbnb.

If you were to go and do some training, coaching or you were going to speak up on stage, one of the first things you might consider is…

What can I do that adds value?

What is the audience like that will come to listen to me, how am I going to add value to their lives?

As long as you’ve got that in your mind, and you’re thinking…

By the end of this retreat, I’m going to have been able to add value to these people’s lives, by doing X, Y, and Z.

That’s all you are doing, just in a really, really nice place

Thinking this way, makes it much easier.

And takes the pressure off because you don’t have to be the one that’s adding value all week.

And then the part you play is adding the value.

That could happen over one day or two days

And don’t forget, when you run retreats, you don’t organize people’s flights.

That’s another thing people worry about

How can I do that? How could I organize flights for like 20 people?

People sort out their own flights

They can even sort their own food and everything as well.

There could be a few days where you’ve organized a few meals, maybe a few lunches, so you organize the structure

But people mostly look after themselves, they’re big boys and girls that turn up to these retreats.

You’re not having to hold their hand the whole time.

Adding an extra valuable asset to your experience of delivering coaching by having it in a different country, makes it even more desirable.

Because for a lot of people to justify a holiday for themselves may feel selfish, but if they can couple it with getting trained, they feel more deserving and allow themselves to accept it.

So you’re doing someone a favour as well by allowing them to experience a holiday and an experience abroad with other people and enjoy themselves whilst delivering your coaching.

So it’s valuable in that way too

If you’ve not considered doing retreats yet in your coaching business, we hope this has given you a spark of excitement and a realisation that it really is possible!

This was taken directly from – The Coaching Masters Podcast – If you would like to hear the full episode where we dive deeper into the subject of ‘13 Ways To Become A Millionaire Coach – Part 2’ –Click here now!

Listen To The Latest Ep. Now
PrevPreviousTop 10 Wellness Coaches To Watch In 2020/21
NextHow To Leverage Masterminds As A Money Making MachineNext
About Us