How To Put On Powerful Events As A Coach 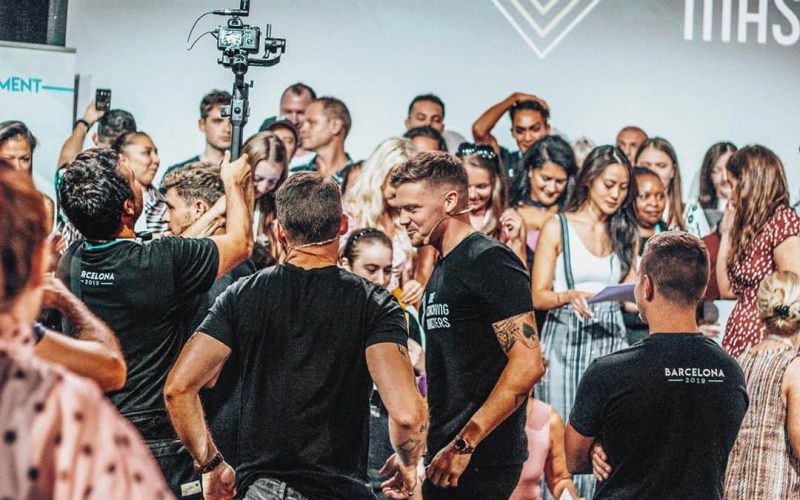 In our last blog ‘How To Get Paid Speaking Gigs As A Coach’ we said one of the BEST ways to get speaking gigs it to build your own stage and create your own event!

Be proactive and go out there and build it yourself!

And if you’re thinking…

Where on earth would I start with putting on my own event?

Firstly, don’t get overwhelmed and intimidated by the thought of organising your own event

It really is possible

For example, we created an event in London called Fire Up

And we did a virtual one recently because of COVID, but before that we did a real-life event,

And we created this concept, which was walking on fire

We got a firewalk team to come

Thought of some speakers we could pull together, got the concept and then launched it.

And that’s the key!

Then you simply go and put it together

That’s all we did.

And I [Lewis] actually created that event with a few other people we’ve collaborated with on a WhatsApp group.

It doesn’t necessarily need to be this big drawn-out complicated plan.

Who can I add value to?

What can I offer them?

Put yourself right at the top of the speakers’ list, that star position

There you go, you’ve just created a speaking gig and you’ve also put on your own event which hopefully you’ve made some money out of

Also, if developing an event where you get a group of people to actually attend in a room is too much of a step for you

You can take it one step before that and organize an online event that doesn’t actually cost ANYTHING!

You could get a group of speakers together that are willing to talk at your event for nothing.

You talk for nothing.

You could use your social media in any way that you can to promote the event, do a build-up, do a launch.

Record the event, use it in the future to build even more authority

We are proof it works

We built our own stages in many different ways.

That’s one thing we will always encourage coaches to do,  be proactive.

Don’t wait for the phone to ring.

Don’t wait for just a whole bunch of clients to come knocking on your door.

Don’t wait for someone else to invite you as a speaker to their event.

You’ve got to be proactive rather than being reactive.

Proactive wins every single time without a shadow of a doubt, proactive versus reactive.

If you’re reactive and you’re just reacting to what is going on around you, you’re at the mercy of external forces.

If you’re proactive and you go out there and you build something, then you’re making the decisions.

You’re putting yourself on the poster.

You’re giving yourself the pride of place,

Go and build a stage, even if it’s a virtual online stage

It doesn’t need to be big.

For example, if you charge £100 for a ticket, which you can charge anywhere up to a couple of thousand for a ticket.

But you’ve got 500 people that are there that may also want to continue their journey.

At the end of that event, if their emotions have been evoked through the inspiration.

They’ve been around like-minded people, the energy is high

They’ve come to that event for a reason and they’ve taken a step in the right direction.

So they’re actually likely to be looking to invest in the next stage of their journey too.

Now, if you do three of those a year, that’s a million!!

If you want to create events

To stand on stage

Then put all your energy, all your resources, all your marketing into just those events.

This was taken directly from – The Coaching Masters Podcast – If you would like to hear the full episode where we dive deeper into the subject of ‘13 Ways To Become A Millionaire Coach – Part 2’ – Click here now!

Listen To The Latest Ep. Now
PrevPreviousHow To Get Paid Speaking Gigs As A Coach
NextFraser Brooks Podcast: How to Build Confidence & Stop Comparing Yourself with Liam James CollinsNext
About Us