How To Make Decisions & Choose The Path To Success 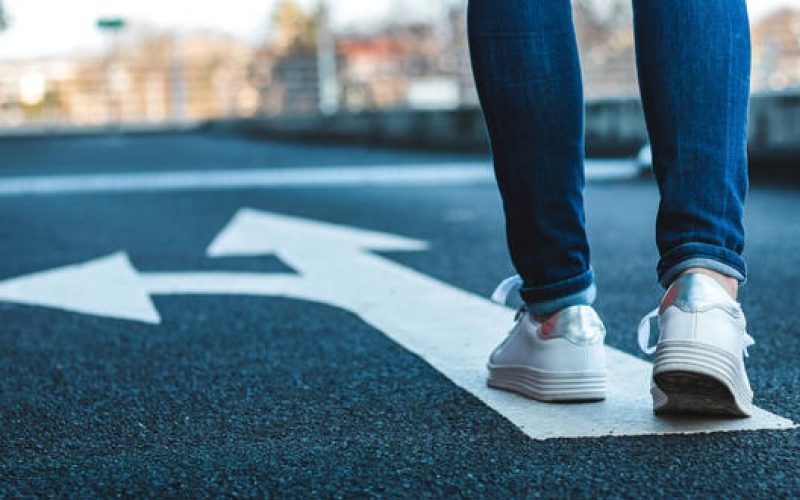 This is one issue that we see a lot

Which becomes such an inhibitor to success.

And the thing is

It isn’t it like we have come to make decisions every day on mass scale really quickly,

And we’re not talking about not putting a lot of thought into it.

However you still do want to put a lot of thought into it, you must make decisions if you want to be successful

Simply because when you find yourself at a crossroad,

Whether it be once a week or 10 times a day, if you don’t make a decision, whether to turn left or right, what’s going to happen?

Being stuck is going to be a big, big part of your reality.

Because they are SCARED of making the wrong decision!

And it’s always there.

Now this is going to blow your mind because you might not have realized this before,

But there is NO SUCH THING as right decision.

And there’s NO SUCH THING as wrong decisions

There are only just decisions

Because you can never know if it’s the right or wrong one, you simply don’t know what’s going to happen after that decision is made

It’s all about perspective,

For example, you might make a decision to go for a job that pays you a hundred grand a year as a CEO and someone might go

“Oh my you’re joking? You just gone signed your life away, working for somebody else for that amount of money? Jesus, why? Do you like being controlled by someone else. Why don’t you do your own thing, why don’t you do something you’re passionate about, create something. That’s gonna leave a legacy.”

It’s all about perspective.

So there’s never really a right or wrong.

It depends on who’s looking at it, but you don’t know what’s going to happen. What’s the decision that’s right today, may be wrong tomorrow.

A decision that was wrong today might be right tomorrow.

Three months into my university degree, I (Lewis) ‘dropped out’

I made a decision to didn’t want to do it. Didn’t think it was the right vehicle for me.

By the time everyone had finished their university degree,

I did a year in college doing an access course to be able to get me into university.

That was a very difficult process.

I had a criminal record. I had to go on a panel, I got in, did the loan, did three months and then left

Most people would think I made the wrong decision there,

“You’ve come so far. Why don’t you just carry on little?”

Little did they know, it’s the best decision I ever made!

I mean, all my backstory, everything I’d ever done, prison, crime, of course, wrong decision.

You know, bad decision or whatever at the time.

And a significant story that allows me to connect with people.

And I’d be memorable as well. You know, people remember the story of a convicted criminal turned coach.

Obviously it all felt like a bad decision, but was it? That’s the thing, isn’t it.

Ownership is the thing that comes to the forefront of this.

Because one thing that you need in order to be successful is ownership over what it is you’re doing and yourself.

And a decision can only be a bad decision if you don’t take any ownership over what happens next.

You can make decisions that in that immediate moment which may be seen as really bad decisions.

Something that will either make you successful or unsuccessful,

It all comes down to what you do with it.

There was a time where I (Liam) had been offered a part in BBC drama.

And it was going to be my first speaking role.

It was in a drama called the Crimson field. And it was a world war one drama

The day they were filming, I was due to do this assessment in drama school.

This pointless assessment for movement class, where they took actual drama school level students and onstage in front of four people we were being airplanes, cats and dogs. To express this movement.

“Oh, by the way, I’ve just got this part in this TV series.”

“Well, you can’t do it because you’ve got that assessment.”

And he was like, well… and folded his arms.

“You’ve got a decision to make. You’ve either got to go and do that. Or you’ve got to do this assessment.”

I was there to learn how to be an actor and I’d been offered this part on the BBC. I’m obviously going to go and do that.

And in his perception, it was the wrong decision because I was going to get no grades on this assessment.

So of course, what did I do?

I made the decision to go and do the drama.

And it was one of the best experiences I’ve ever had. It was a great part.

And having that in my show reel contributed in a big way to other parts that I’ve got.

But it’s funny, isn’t it? It’s how perception contributes.

I’ve never needed to be an airplane once in the professional world of acting. I can tell you that right now

So to me, in my perception in my world it was an easy decision, in his perception it was the wrong decision.

So what does that tell us?

The decision has nothing to do with it.

It’s what you do with that decision, the ownership you take

Everything has positives and negatives, pluses and minuses.

It’s about what you see.

You can choose to take the good out of any decision.

Even if it took you away, you can make another decision to take another step closer towards it. So you’re always in control.

But if you’re standing on the side of the street and you want to either move right or left and you don’t make a decision, then you just stay stuck.

That’s what happens when you don’t take decisions, you stay stuck.

Even if you’re making the wrong decisions, you’re moving forward because you’re learning what doesn’t work. You’re learning things that are going to just pivot you in a slightly different direction, you’re zigzagging, but you’re still moving forward

And just to finish this point off

Truly the only wrong decision you can ever really make is not making a decision.

Listen To The Latest Ep. Now
PrevPreviousHow To Change Your Environment & Shift Your Perspective To Become More Successful
NextHow To Be Certain That Self-Employment Is The Best Choice You’ve Ever MadeNext
About Us