How To Decide Between 1:2:1 Coaching Or Group Courses For Your Business 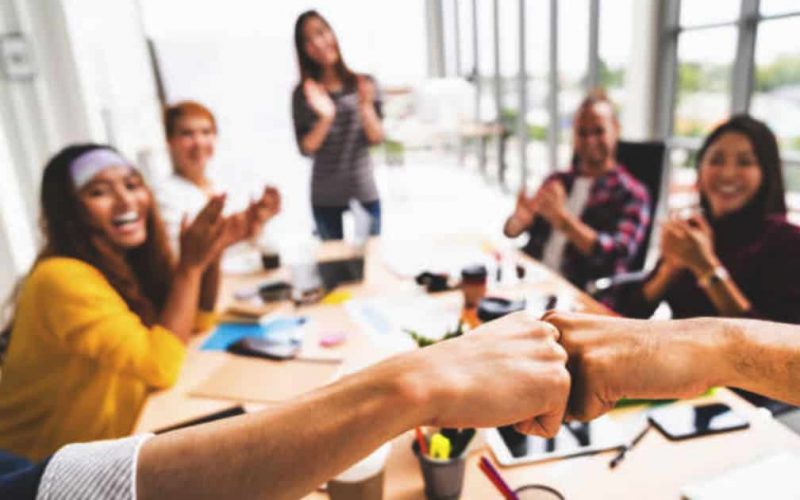 We talk about the ripple effects a lot.

And then those people go off and help people

Some in large ways,

Some in much smaller ways,

But still a significant impact on those people’s lives.

The ripple effect that you can create through coaching 1:2:1 or groups is huge.

If you want to change the world, simply start by helping just a few people and that ripple effect will reach far and wide

Because if you rush in and start with something too early on without building a foundation first, you’re very unlikely to succeed.

So the first place to start and it’s the obvious one… Is 1:2:1 coaching

You’ll be amazed at how many people think that 1:2:1 coaching is more of a progressive step because it’s a higher value.

They think, Oh, what I want to do is start off small

In reality, it’s completely the opposite

For a few reasons.

If you work with someone 1:2:1, you’re giving them

You are coaching them,

Being there for them,

Every step of the way over the whole journey

You can’t really get much more value than 1:2:1 bespoke coaching

It’s exclusive, it’s everything they’re looking for in this tailored, personalized experience.

The second thing is when you get started out as a coach, you don’t have many potential customers in your network.

So the ones that are interested and value coaching and need help are more scarce.

Therefore you want to be capitalizing on those people.

You would only benefit from selling a smaller value product.

If you have lots of people in your audience and more, potential customers,

However, if those five people that are actually looking for help,

And you were to sell them a couple of thousand-pound coaching programs. you obviously make a hell of a lot more.

So start with 1:2:1 because it’s more valuable.

Because with lower value things, people take a risk of it not being personalised for them

They don’t really know if it’s going to help them specifically. So they have to take a gamble with it,

Another reason why it’s so important to start with 1:2:1 is you learn so much,

You get experience, you find out what people’s pains and desires are,

1:21 is where everyone should start

You can make a six-figure income doing 1:2:1 quite comfortably.

There’s no real delivery to onboard people and support them.

Because you’ve only got a small number of customers in your business.

So the maintenance and the operations of customer service are kept small.

Open up your laptop, deliver a couple of coaching sessions and earn six figures a year

It’s pretty much most people’s dream!

A very good way of life and a great business, which makes a good impact.

That is a dream for so many people. Who is caught up in the rat race,

And if you’re very, very successful, you could be making anything upwards of £50,000 a year.

The idea of being able to open up a laptop, do a coaching session through zoom and be able to make six figures. That is a dream for a lot of people.

Once a week, for a year, that’s your six figures.

You’d need one client per week, per seven days.

You know, that’s your training ground and how good is that? How exciting is that?

To know that you could become a six-figure coach by selling one, 2000 pound coaching package a week,

And you’re learning the entire time,

you get to know what does work and what doesn’t work with clients,

what they need and what they don’t.

You hone your skillset.

So start with one-to-one.

that should be the only place where everybody begins their journey.

I know people that have done it, very exclusive high-end bespoke packages charging 10,000 pounds for a coaching program.

If you were an experienced coach who’s been doing it for a few years and you get great results, it isn’t unheard of charging £30k, £50k, £100k

It’s all about the result they get.

And also it’s all relative to who you’re coaching.

If you’re coaching celebrities and millionaires and they’ve got a real big problem,

whether that’s addiction or stress or fulfillment or any of these things, £10k to them, it’s a drop in the ocean.

If you can help them, and you’re giving them like three months of your time for that.

your time, your energy, your effort, your expertise, and you get the results.

That’s all that matters.

This is what you can build up to.

build out your experience and become a very skillful coach.

You start off with much smaller price coaching packages, but you grow, you build your way up to that.

The next thing to then move on to do is… Group Coaching.

This one is the same delivery.

However, it’s just done in a group environment.

Now, this allows you to charge far less for it because you’re sharing that experience with others,

But it allows you to leverage your time more because obviously 1:2:1, you spend all of your time with one person.

However, if you share that with 10 people, you may only offer it for a fifth of the price, but you’ve essentially doubled your income

Say, for example, you charged £10k for your 1:2:1 or you charge £2k for a group coaching program with 10 people on there, that now becomes £20k for the same amount of time.

So group coaching can double your income and it’s something that you want to do.

You always want to think,

How can I leverage my time?

How can I be more effective, with the resources that I have?

And one of those ways is through group coaching.

Now the benefit of group coaching for your clients is the fact that they not only learn from their experience,

But they also learn from other people’s experiences as well.

This isn’t going to fit everybody. Some people like a more personal experience.

However, others prefer group coaching

They liked the element of community, accountability, connecting with other people cross-examined in other people’s ideas and aspirations, learning from other people’s mistakes and hearing a breakthrough of somebody else and subconsciously applying that to their own situation

Group coaching can be incredibly valuable and much more time-effective for you as a coach.

And if you think about stacking those two things on top of each other,

Start off with the one to one,

Build up your experience and skillset.

Then you gain enough experience to move on to group coaching.

You double your income

but then via that group coaching naturally, you’re also going to get a lot of those people that then want to see you 1:2:1

Because they’ve experienced your level of coaching in a group setting.

And then they think, this is really valuable, imagine how valuable it will be in a private setting.

And in therefore you are also able to then, raise your 1:2:1 prices because people will see that as more exclusive,

Because they’re used to only getting coached by you in front of a group of other people.

So the idea of being coached by you 1:2:1 is an even more exciting thing.

So then all of a sudden you’ve got a more expensive 1:2:1 package that you sell and you’ve got group coaching working in tandem side by side.

One person we know has a mastermind, that has 500 people in there.

They’ve all paid 3000 pounds to be in that mastermind as well.

So that’s 1.5 million they’ve made from one mastermind and the mastermind is no different than group coaching, really.

And by the way, for anyone thinking, that sounds amazing.

All you have to do is send the zoom link to two or 10 people rather than one,

Just a couple more times to copy and paste that zoom link in, that’s it.

So don’t let yourself tell yourself all the stories about it’s too complicated for you.

It could actually be very easy to turn your 1:2:1 coaching into group coaching and make the ripple effect even bigger.

This was taken directly from – The Coaching Masters Podcast – If you would like to hear the full episode where we dive deeper into the subject of ‘13 Ways To Become A Millionaire Coach’ – Click here now!

Listen To The Latest Ep. Now
PrevPreviousHow To Build A Loyal Tribe For Your Online Business
NextHow To Earn A Passive Income By Creating Your Own MembershipNext
About Us