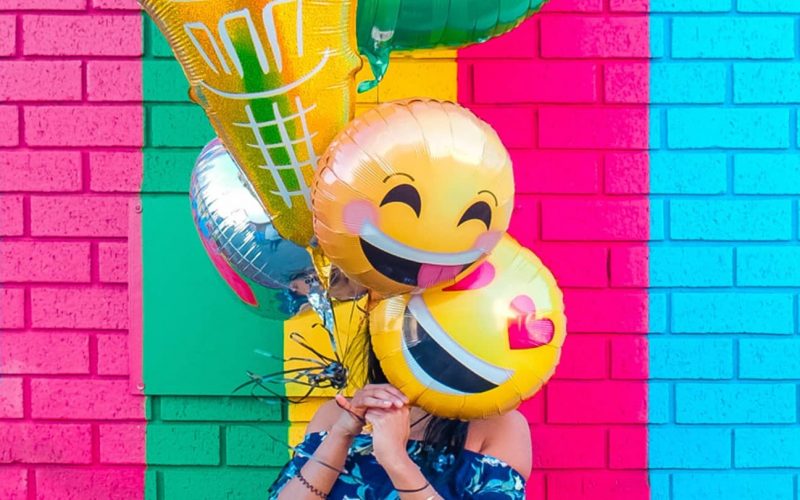 You find them in your family.  In your circle of friends.  In the workplace.  On your social media.

Negative people can be found EVERYWHERE.

No matter how much you battle it, you still come across it time and time again.

Just when you think that you’ve got rid of them all, a new one pops up!

Just recently, we’ve experienced a little bit of this within the business.

As you grow, it’s inevitable because you can’t please everybody.

And there’s always something that’s somebody has got to say, you could be the best at something and there will still be someone who goes…

“Why are you so good at that for? You Miss / Mr. goody two shoes, always good at everything. What about everyone else?”

“You can stay what you want about us because we know we are okay!”

The polarity of life, people, opinions, beliefs and values means that some people will like us and some won’t, we thought we’d cracked it.

And then we both realized that you have to face it in other walks of life as well.

You even have to face it in your business.

Then when someone says something bad about it, we just realised recently, we were like…

“Oh, you’ve just cut me deep in a different way.”

Call me names and I can take it, but you have a bad word to say about my business, that a whole new level.

That’s something we’ve not experienced before now.

It’s easy to take it to heart and think that it’s actually about you like you’ve done something wrong or you’re the problem.

When in reality… it’s always THEM!

But sometimes it can catch you out.

And this is the main thing everyone can take away from this, every time you get hate, abuse, criticism, negative feedback, moaning, whatever it might be.

We want you to understand that this is a reflection of them and it’s not about you.

Because you can do whatever the hell you like. And you know that you’re enough, you know, that you’re doing the best you can, whatever everyone else’s opinion is, it’s completely irrelevant.

Understandably it’s difficult to not get caught up in it sometimes and think, “Maybe they’re right. Maybe it is about me. Maybe I’m not enough.”

But that thought process is a never ending cycle.

See it this way, It’s useful to uncover these negs in your life, to realise what’s going on, then go back to owning your worth and your sense of self.

Confirm that actually THEY are the problem.

And then removing them the f**k out of your life for good.

If you want to be successful in life, you MUST remove the negs from your life.

You need to cut them away like a cancer. You need to get rid of that s**t because it spreads.

And that is a problem. When it spreads, genuinely get rid of it like a mould.

If mould starts to take over your home and it starts off in the bedroom, you need to nip it in the bud and get rid of that mould straight away at the source and get it out in your house.

And negative people are exactly the same.

And why is that?

That is because moods or states, as we talk about them in the world of NLP and Coaching are infectious.

And they have this unshakeable level of happiness.

Even if every other person in that room is down and depressed, that happy person will have an effect on the rest.

But also those people that feeling down and depressed and negative, they will have an effect on the happy person because it’s infectious.

People that drag you down, make you feel sh*t, shoot you down, bitch and moan behind your back. The jurors, the complainer’s and the ones that are the victims that want things, everything done for them. And they don’t want to have to do anything themselves.

They need to take ownership over theirs.

And if we do that, we can collectively help each other.

But if we collectively drag each other down, that wont happen.

Those couple of drops of poison will spread and that growth and gain strength.

And you know what’s going to happen? You’re going to get dragged down and you’re gonna get hurt by it.

So when we say the don’t spend time with negs, get the negs out of your life.

We’re not f**king about, we’re being dead serious.

If you, want to learn from us and you want to know how to be successful, that’s a serious thing that you need to start to do.

Next time you see a neg, someone being negative, toxic, whatever.

Just look at them and think you’re mouldy,

Because, we’re not just talking about negative people aren’t nice to be around.

We’re talking about one word or one sentence could be enough to sabotage your entire life.

Because if they plant that little seed of doubt in your mind, you might not think that has had a massive effect on you now.

But that’s information that you’ll go back to when looking to make big decisions.

You might be thinking, shall I achieve that goal? Shall I start that business? Should I get off the sofa?

And you’re thinking, let me look at all the information I’ve got available to me to think if that’s a good choice, is that going to be a waste of my time? Am I going to be successful with that?

And you may think it’s your own voice, but your own voice is a combination of every voice you’ve ever heard. Every bit of criticism and feedback.

So if someone says to you, “Why are you doing that for?” “Are you sure you’re very good at that?” Or “God, come on now, get real”

You may start to think, “Oh yeah, good point! Maybe I’m not very good at that, what am I doing this for? Maybe I should get real”

That can be enough to sabotage your entire future.

If there is any negative person in your life, have a very strong word with them and tell them, do it again, and you’re going to get out of my life.

Out of my life, out of my business, my family, out of my relationship, give them a very clear boundary.

And if they keep on breaking that boundary, respect yourself enough to get them out because the long lasting effects

Do you want a mouldy destiny? No

When they give you negativity, when they give you criticism and hate, just smile as wide as you possibly can make them feel sick with your positivity, because then they’re going to be repelled away from you. And that’s exactly what you want.

Be so positive that negative people cannot stand to be in the same room as you!

Listen To The Latest Ep. Now
PrevPreviousHow To Show Up As Your Authentic Self In Your Business
NextHow To Learn From Experts You Can TrustNext
About Us