How To Become A Highly Successful Trainer 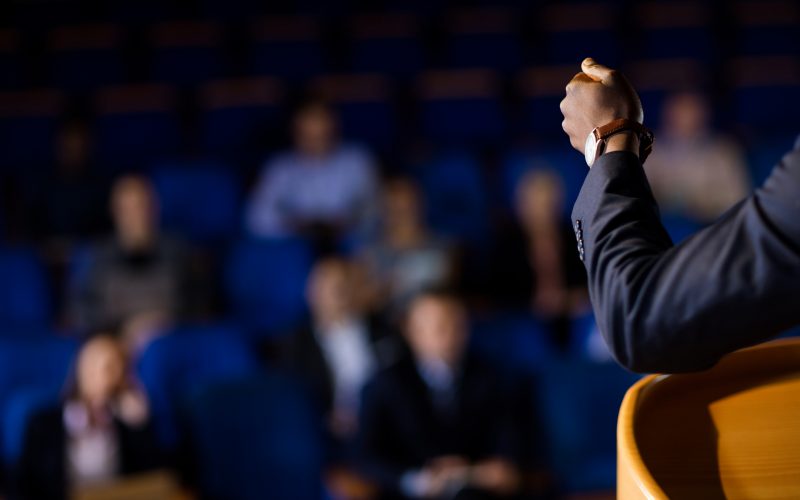 Have you ever considered becoming a TRAINER?

As a Coaching Master you’re in a VERY good place to do just that!

It doesn’t have to be a hugely over-complicated process

Maybe you’ve seriously considered becoming a trainer in the past

Either way, this could be a great opportunity to add an extra stream of income into your coaching business!

And you’ll find a lot of the value we gave there is relevant now! Check out here: ‘How To Get Paid Speaking Gigs As A Coach’

It could be for different organizations or individuals,

Whether it’s someone on a 1:2:1 basis or you’ve got a group of people in a room on a course who want to learn a new skillset.

It might even be a collective of top level execs, the people who make the decisions and run the business.

You’ll be standing up in front of that group of people delivering VALUE,

In many respects it just like speaking at an event

The only difference between speaking at an event and training is typically,

Which actually makes it easier!

When you have audience participation, you’re getting questions thrown at you, which are focused around what it is that you’re talking about.

Generally, when you stand up on stage at an event and you do a talk, you just do your talk,  from start to finish.

And then right at the end, there may be some form of Q&A

But with training, it’s like the equivalent of standing up in front of an audience and delivering a talk, but there’s participation.

I purposely get it into my head that all I’m doing,

Even if it’s to a room of a thousand people, all I’m doing is having a chat.

And I’m just having a chat with all of these people about something that I just happen to know a lot about.

Because as soon as I put myself in a position where I’m thinking,

I’ve got to get it right. I don’t want to mess up, it’s game over, I can’t think that way.

I have to just think, all I’m doing is standing up in front of a couple of people and having a chat.

And whether that’s two people or a thousand people, it doesn’t really matter.

Being a trainer can be really lucrative.

Are willing to pay a lot of money for good, valuable training for their employees

And again, what we always say, be proactive and use your head

Don’t wait for opportunities to land at your feet

Go out and get them for yourself!

For example, if you look at the news or you hear from your friends that a certain company has just had a lot of redundancies,

Why not approach them and say…

“Hey, I’ve got a lot of experience with mindset and I’m good at helping people use their skills and resources to take the next step in their career.”

Or you could say, I just want to help them feel more positive so they don’t leave a bad taste in their mouth, so you don’t damage your company reputation

Or you just think of any hook and why you can add value to that organization and their people.

And if the result and the benefit outweighs the investment, then they’ll do it.

And the reality is, it probably will, because if they’ve got 300 people that would be made redundant.

That’s a lot of people,

If you can come in and they just need to pay one person to help all 300 of them at once. That’s a pretty good deal.

Even if you charge like 10 grand, they spread that out over the 300 people. It’s not much at all.

And if you think about the difference between that and potential lawsuits because they’re unhappy with the fact they’ve been dismissed,

If, after your training, they are left in a more empowering, uplifting way, as they come to the close of their employment, maybe it will save them money as well in the legal fees.

So there’s always ways you can spin it.

And if you’re the person who’s willing to put that opportunity in front of someone, some one at some point will definitely buy it

“Oh surely I cant charge 10 grand for a training”

But you’ve got to realize… it’s the organization that spends that money.

And even though the money is obviously still valuable to the organization,

They will have a budget for that.

They need to spend a certain amount of money on this one bit of training because they need that end result.

And it’s not Jane that works in accounting who’s going to pay for it out of her own pocket, it’s not Michael from reception paying for it.

It’s not even the top dogs really paying for it.

The organization is paying for that training.

So from your perspective, as a coach, if you’re in a position where you’re able to demonstrate that you can get them closer towards the result that they’re looking for

And they have already made the decision, that’s the result they want.

Maybe it’s trying to curb the unhappiness of people that are being made redundant to try and eliminate lawsuits,

Or maybe it’s the top execs who are like really struggling to find clarity and they’re losing their confidence.

That could be costing these organizations, hundreds of thousands of pounds a year

And if they’re able to remedy it, they are willing to pay ALOT for it

Especially something, for example, in sales

If you could increase the sales team’s productivity, by just 10%,

You could increase their entire company’s revenue by 10%.

So you, as the trainer, that is maybe thinking,

You’ve got to calculate the effects that you’re having within that organization.

And if you’re a coach, you’ve got something very valuable to offer

So never forget that!

It always comes back to the same calculation.

The more value you add to others the more money you make.

So just go at it from a point of view of adding value.

And start your journey of becoming a trainer as well as a Coaching Master!

This was taken directly from – The Coaching Masters Podcast – If you would like to hear the full episode where we dive deeper into the subject of ‘13 Ways To Become A Millionaire Coach – Part 2’ –Click here now!

Listen To The Latest Ep. Now
PrevPreviousThrive Global
NextHow To Create Extra Income As A Coach By Publishing A BookNext
About Us