The Coaching Masters was Founded by Lewis Raymond Taylor and Liam James Collins.

Six years ago, at the age of 25 years old, Lewis Raymond Taylor was released from his third prison sentence. At this point, Lewis had been suffering from mental illness, substance misuse, the aftermath of sexual abuse, and the trauma from his father’s death.

Despite being arrested from a young age, being expelled from school, and being in a young offenders institution by the time he was 18 years old, Lewis used the power of coaching to cure his mental illness, get clean and sober, become an accredited coaching trainer, international speaker and relocate to Bali, Indonesia, where he now lives with his girlfriend Dayana.

He has been featured in Forbes, Entrepreneur & listed as in the top ten coaches in the world by Yahoo Finance. Lewis now helps coaches start and scale their businesses to 6 & 7 figures, entirely online. 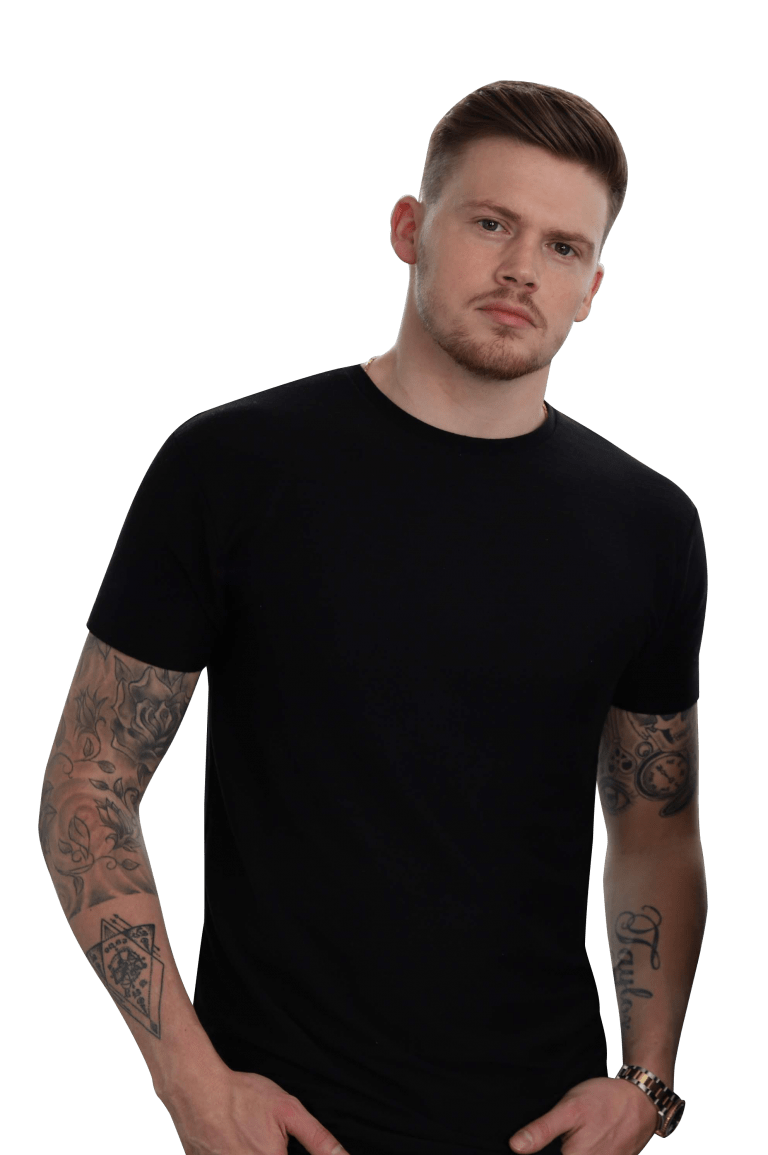 After a successful career as an Actor, sharing the stage with the likes of Morgan Freeman, Tom Hardy & Benedict Cumberbatch, Liam James Collins saw his acting career dry up overnight and found himself working as a mailman for three years.

He was also involved in the horrific London terror attacks, as well as losing his Dad to suicide in 2019. Despite the tough times, Liam pushed through the darkness on a quest to better his own life and to help others. Over the last five years he has gone on to become an NLP Trainer, Coach to Celebrities, TV Coach on MTV and work as a Peak Performance Coach for Amazon.

Liam brings a real-life element to coaching and is passionate about delivering his coaching training in an engaging and entertaining way and making coaching as fashionable as having a personal trainer. 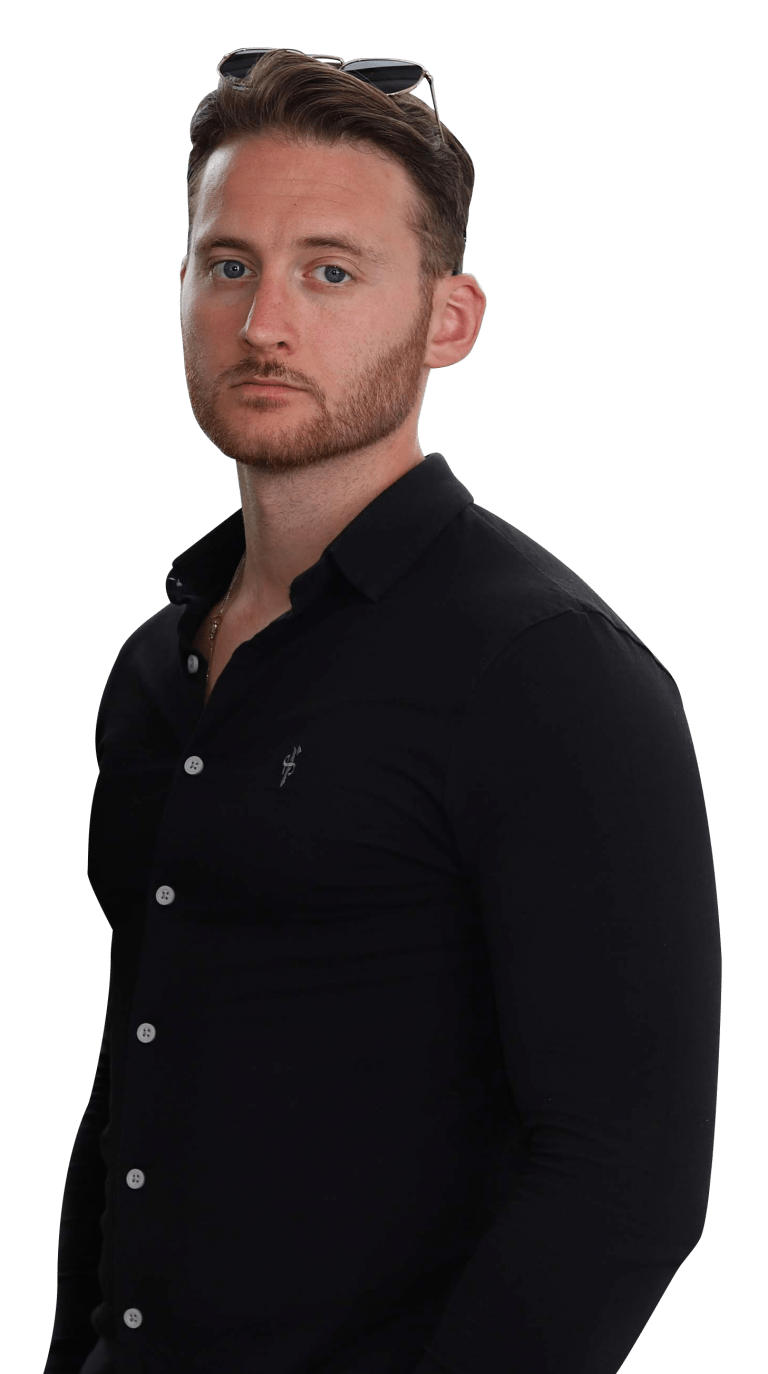 You may recognise Jonny Mitchell from his TV appearances on Love Island & Celebrity Big Brother or his huge online influence of half a million followers.

Despite being a TV personality, Jonny has a long history in business and personal development. From starting his first business in Hong Kong back in 2012, to developing a property empire, and a 7 figure nationwide supported living care home company, Jonny has extensive experience both in business, and working with people with a wide range of mental illnesses.

Jonny has also worked directly with Tripadvisor, Huffington Post & many other brands as a full-time influencer and is now using his knowledge of influencing to help coaches share the value they have to offer by using online influence to create a real impact in the world. 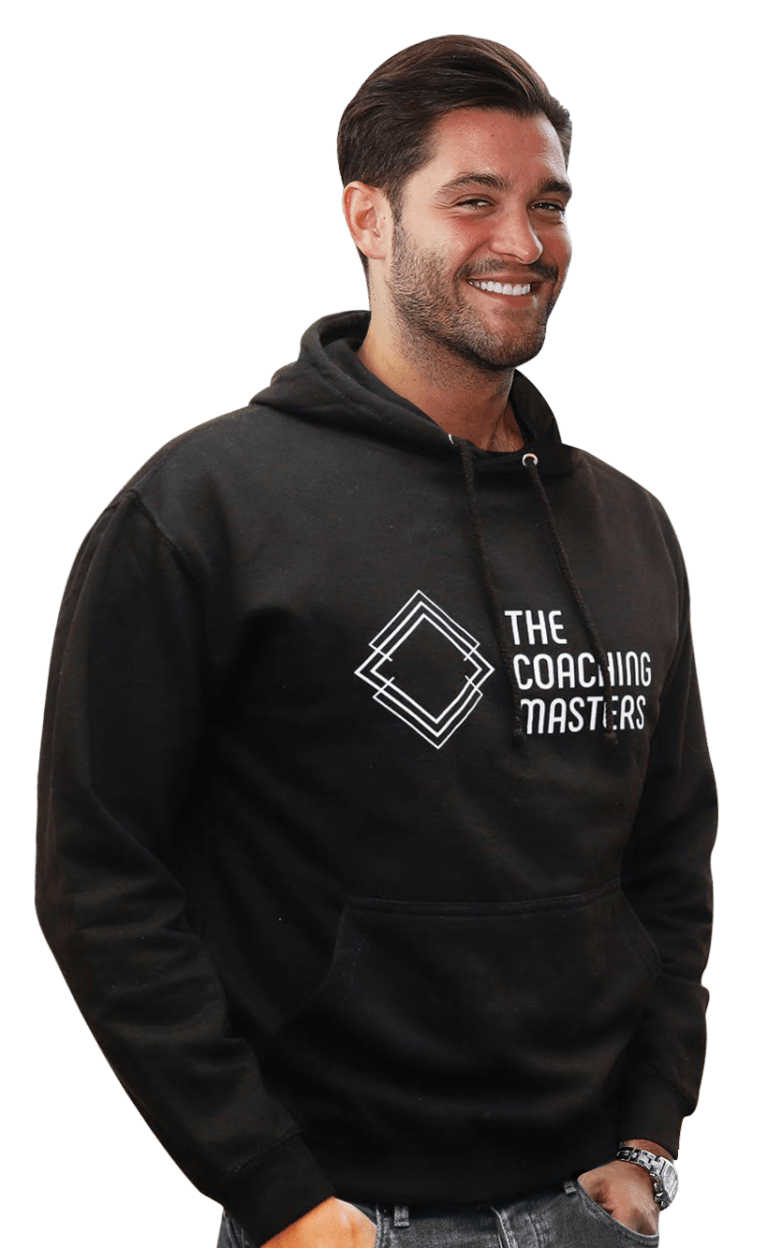 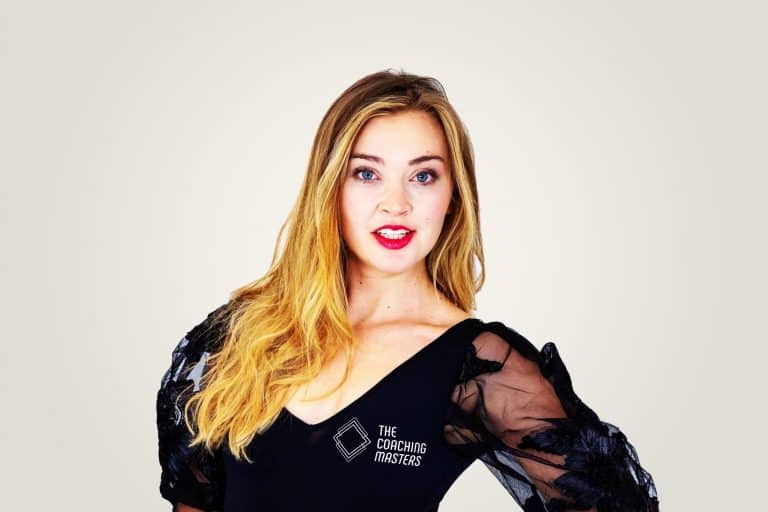 Despite being abandoned by her father and her mother’s multiple self-harm attempts that led to her incarceration, Bonnie Boyda, was determined to not let her family history destroy her.

Bonnie packed up her bags at the age of seventeen to live a life of adventure by travelling the world, which she has continued to embark on for the past decade, whilst visiting 35 different counties.

The real-world life experience from travelling, combined with Bonnie’s bachelors degree in Communication, NLP, Life Coaching and Health Coaching training, have given Bonnie a broad insight into human behaviour.
Bonnie now coaches clients from all over the world to build a positive relationship with themselves, so that they can be successful in any area of their lives! 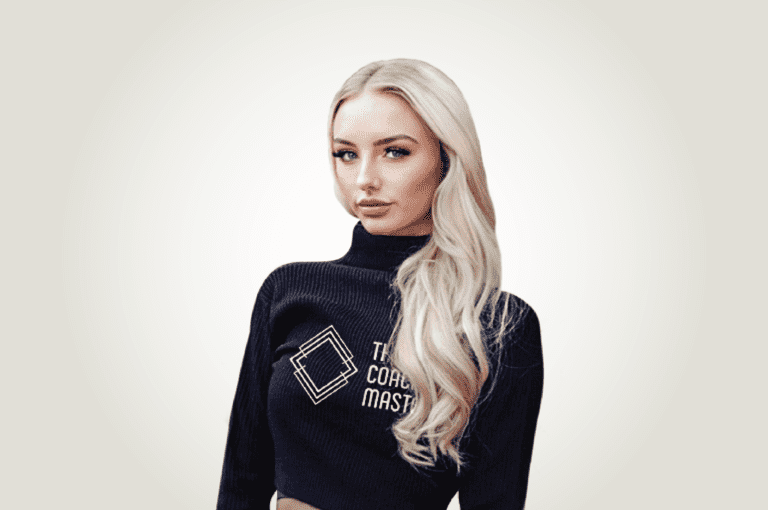 After overcoming chronic stress, low self esteem and body dysmorphia, Brooke was inspired to take to University to study Psychology, become an Internationally Accredited Transformation Coach and NLP Master Practitioner with the Coaching Masters and set up her own online coaching business.

After several successful years in business transforming over 100 women into the best versions of themselves, being recognised as a Yahoo Finance Top 10 Female Life Coach, becoming an Executive Contributor for a prestigious entrepreneurial magazine and becoming an International Speaker and Trainer, Brooke then moved into the field of transforming first time coaches – so they feel ready to transform others.

This experience, on top her qualifications, allows her to transform first time coaches into the version of them who has what it takes to create their vision, by helping them build unshakeable self belief and confidence, overcome fear and take aligned action. 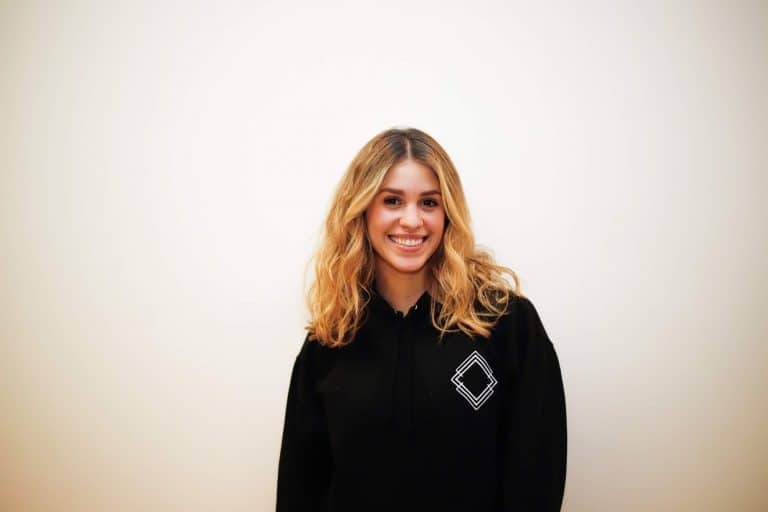 After suffering from anxiety and depression, Dayana Carmona found herself using spiritual principles from a young age.

Dayana now has an extensive breadth of knowledge in holistic coaching, being trained as a Coaching Master, NLP Master, Reiki Master, Registered Yoga Teacher, a Bachelor’s Degree in Psychology and is doing her Masters in Mental Health Counselling.

Dayana is passionate about sharing the transformations that can occur when you combine the power of the mind, body, emotions and soul into your coaching business. 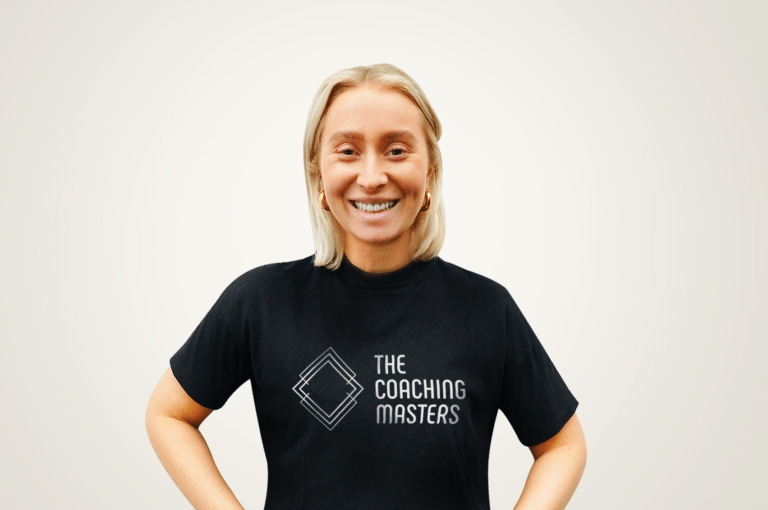 Christina has always had a major interest in the universe and the connection between humans and energies. Her aim is to spread self-love, by inspiring people with her own experiences and raising awareness for mental health.

She has studied abroad, traveled the world, and has lived and worked in 3 continents. She has studied and practiced NLP for over 6 years and is a licensed NLP Master and Coach by the Society of NLP by Richard Bandler and is now working towards her Bachelor’s degree in Media and Communication Management. 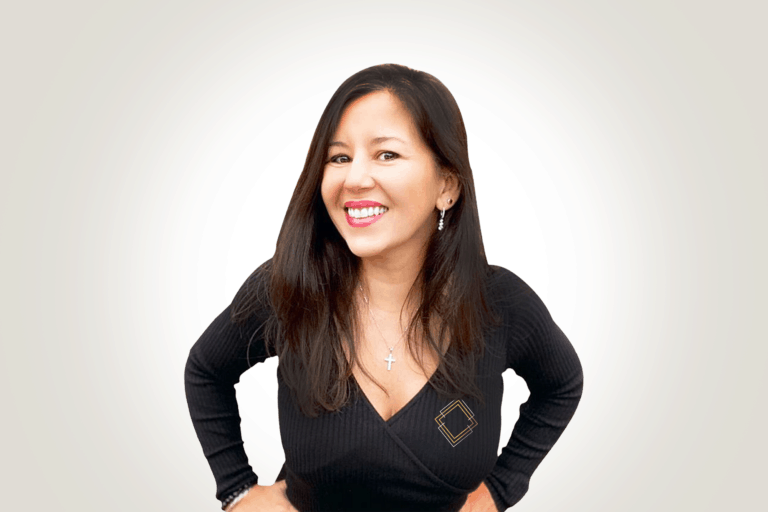 Following years within difficult relationships that resulted in low self-esteem, depression, and lack of confidence, Zarina Grace ventured out as a single Mum for 7 years and went on a journey of self-development and a quest to be the best version of herself.

Zarina studied avidly to Master NLP level with the originators of NLP and as a Strategic Intervention Coach with Tony Robbins. She has built three successful businesses from scratch and worked in a Blue-Chip Company as a Trainer for many years.

Her deep understanding of human behaviour has served her well to become an international coach with 121 clients, international corporate clients and as a course creator. Zarina’s focus is to work with new and upcoming coaches taking them from a place of fear and to awaken their confidence to coach from within.

Every person in The Coaching Masters team is an essential component that allows us to help others create freedom.

The world’s ONLY total-solution for starting your own online coaching business. Get absolutely everything you could ever need to develop your mindset, get legally qualified as a coach, and then get full to the brim with online coaching clients – all for just $9.99 per month! 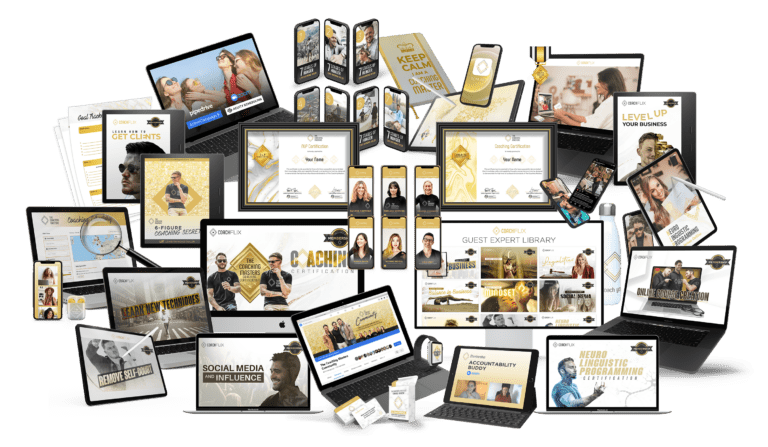